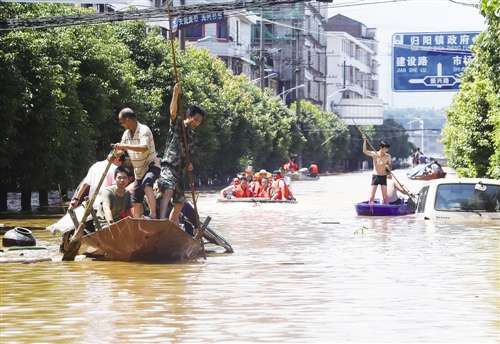 disasters a serious concern in the hearts of workers

since june 22, hunan province has suffered the longest, widest ranging, and highest intensity rainfall of recent years, resulting in a disaster situation being declared in 120 counties and districts, and in 14 cities in the province. on the 9th day of the flooding, the hunan provincial government press office’s press release stated that, according to the preliminary verification of the civil affairs authority, the recent flooding in the province, although historically rare, affected 12.238 million people, with 83 dead or missing, and a direct economic loss of 38.15 billion rmb.

assisting and protecting its hometown

those people from hunan working in other provinces always continue to worry about the flooding situation in their hometowns and the safety of the local people. on the morning of july 29, sanxiang impression co., ltd. donated 1 million rmb to the zhuzhou people’s government for local post-disaster reconstruction, and the earliest possible recovery and return to normal life. 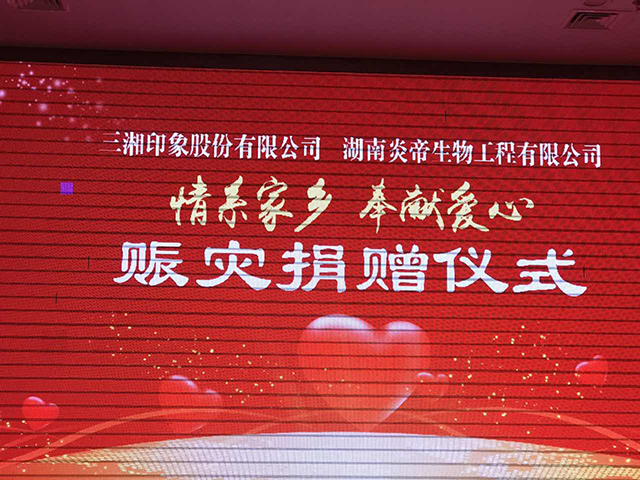 zheng jian, deputy secretary-general of the zhuzhou municipal government, presided over the “attachment to our hometown and donation with love” disaster relief donation ceremony. lu zhongliang, a member of the cpc group, and deputy director of the zhuzhou civil affairs bureau introduced the flood relief situation, and zhuzhou vice mayor gu feng made a speech. gu feng said that this spirit of “timely help” deserves high praise and publicity; the government will ensure the donations are properly used, and that all the people affected by the disaster can get the timely help they need. 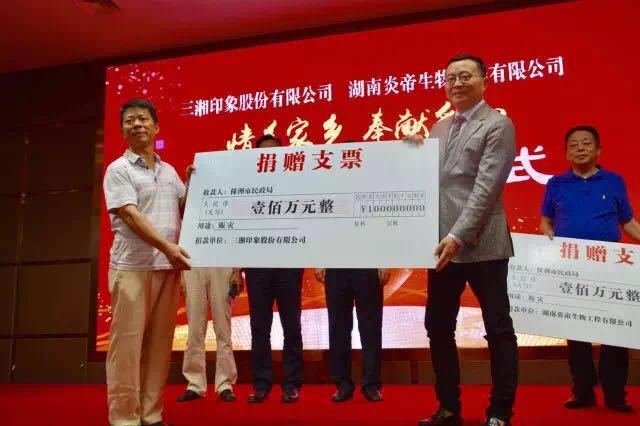 mr. li nongfan, chairman of the supervisory board of sanxiang impression co., ltd., made the donation to the zhuzhou municipal government on behalf of the company.

from zhuzhou, for zhuzhou

sanxiang impression’s founder, mr. huang hui, was born in zhuzhou, hunan. he joined a new round of urban construction in shanghai in 1993. after 20 years of hard work, sanxiang impression has grown into a listed company with steady development in both culture and the real estate industry. all the company’s members bear in mind that their persevering and enterprising spirit and their pursuit of challenges and innovation, all originally comes from their hometown. our hometowns are in our hearts and its progress and development comfort us the most. we love it; we are a part of it; we share everything with it.

repaying our hometown with a consciousness of our responsibility

the reforms and opening up in shanghai have provided a big space for the development of sanxiang impression, allowing the business to become bigger and better, and consequently increasing the corporation’s social responsibility. sanxiang impression is committed to being a responsible business, and quietly taking charitable actions, such as earthquake relief, poverty alleviation, cultural support, sports, education, health, etc., delivering its love everywhere…

our love is also sown in our hometown of hunan. in the mid 90’s, the company donated the unique “zhuzhou road” in shanghai, so that “zhuzhou” broke its geographical borders and became well known by the general public. sanxiang impression has donated to numerous important projects including the renovation of the yandi mausoleum in 2015, the snow disaster recovery efforts in hunan in 2008, the hunan culture fund, founded in 2013, hunan university’s “zhang yimou” art institute, founded in 2016, the hunan healthy seeding special fund, as well as the tongmu teaching point, at the chuanxingxiang school in yanling, zhuzhou for directed poverty alleviation, all providing a vivid picture of the company transmitting its positive social energy. 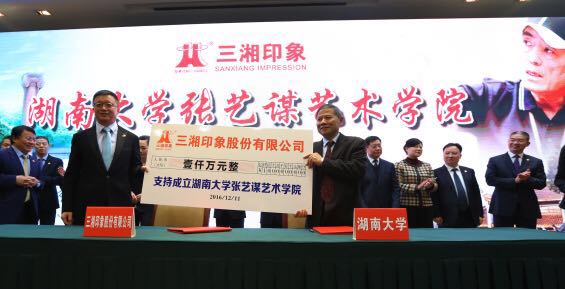 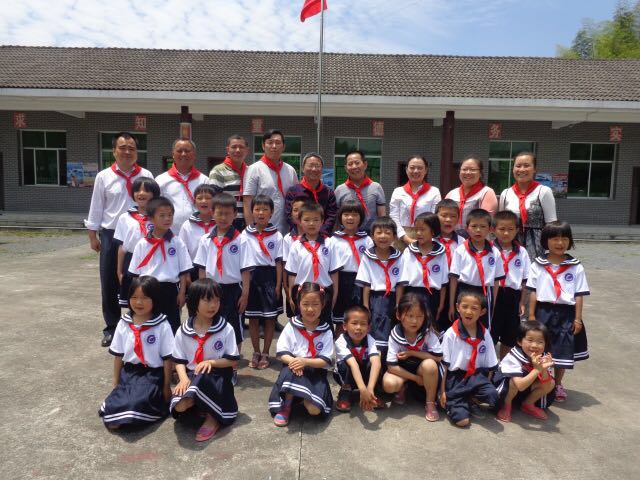 in 2016 sanxiang impression opened a new chapter in cultural and artistic entertainment. together with the famous director zhang yimou and idg capital, it entered into agreement with the shaoshan government on developing “memories about shaoshanchong”, a cultural and tourism performing arts project which serves as yet another business card for the flourishing development of hunan’s cultural industry. 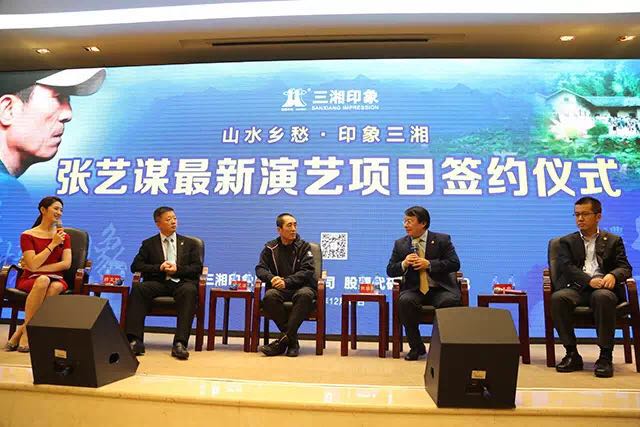 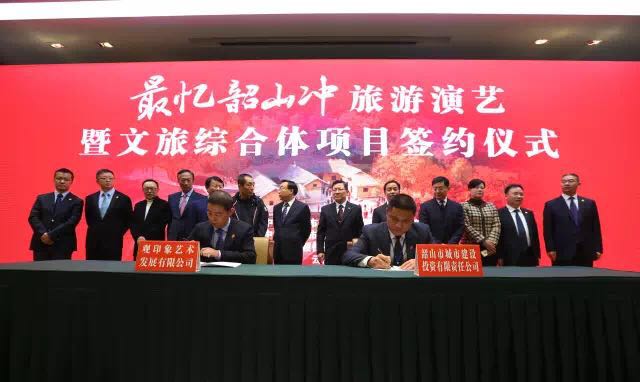 praying for the future of our hometown 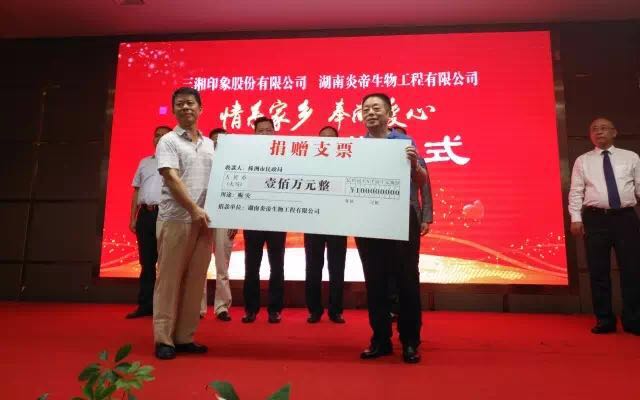 sanxiang’s employees are proud of their hometown, and wish for the final victory in the battle against the flooding disaster , so that the people can return to a happy life as soon as possible!