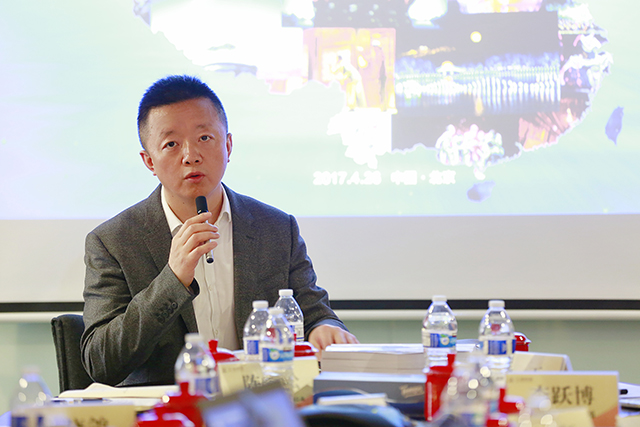 sanxiang impression attracted huge interest from investors with its acquisition of impression wonders and a new strategy of real estate culture in 2016. as many investors had expressed their wish to visit the company for a better understanding, the company decided to meet investors on april 26, the date of releasing the first annual report since the acquisition at idg capital’s headquarters in beijing.

annual report 2016, released on the same day, was the company’s first performance record since its acquisition of impression wonders. the company focused on strategic positioning and implementation in 2016, and made a profit of rmb 705 million yuan, a year-on-year growth of 574.07%. xu yu briefed the audience on the company’s performance in 2016 and operation targets for 2017 at the meeting.

general manager xu wenzhi made a presentation of the company’s current situations, future prospects, and long-term strategic positioning. the real estate market was still full of structural opportunities and the company’s land acquisition provided a basis for its future development, xu noted.  mr. xu also informed the audience of the strategic thinking behind the company’s diversification into the culture sector and progress of its cultural projects. he said sanxiang impression would invest more in cultural projects, increasing its shares in existing projects and aiming for a 51% share in important new projects.

idg capital global chairman xiong xiaoge introduced impression wonder’s history since the creation of impression liusanjie in 2003 and the basis, focus, prospects and directions of the partnership between idg capital, sanxiang and impression wonders. he mentioned that he and mr. zhang yimou had visited sanxiang’s developments many times, and were impressed by the state of the art green technologies sanxiang had implemented. he stressed that financial gains were not the single purpose of the partnership. rather, he envisioned top cultural and tourism projects with artistic interpretation of local tradition and culture and better tourist services enabled by mr. zhang yimou and sanxiang’s contribution.

questions from investors, including details of annual report 2016, the impact of city-specific regulatory policies on property presales, delivery of promised performance by and operational capabilities and future strategic positioning of impression wonders, and lifting of trading restrictions on china eagle group stock were answered.

mr. xu wenzhi concluded that as a listed company, sanxiang impression was more than happy to communicate with investors so that the latter can have a clearer picture of the company’s operation and strategy. the company would disclose information in a fair and open manner with a view to the best interests of its shareholders.