old xu, you are awesome! 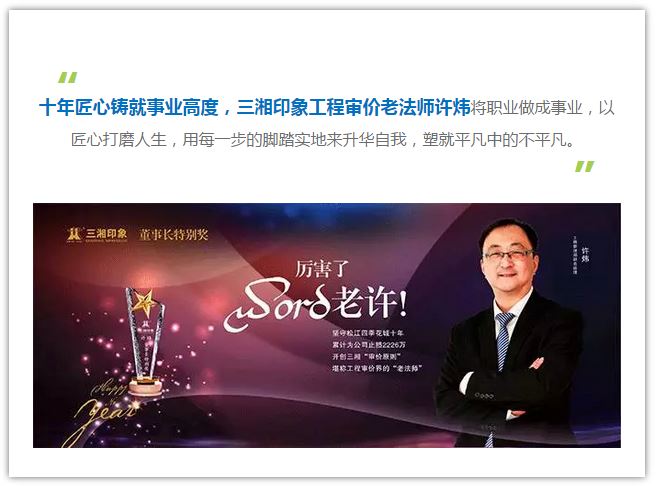 for mr. xu wei, vice general manager of the construction management unit of sanxiang impression, to remain modest, conscientious, calm and courageous is his approach to work and life. as a result, he is doing extremely well in his job. mr. xu wei has worked for sanxiang impression for 10 years during which he has grown from a lone worker into a team leader with several young mentees. talking of the past, mr. xu is as unassuming as ever. he regards what he has done as ordinary; yet he has provided an exceptional service to the company by doing ordinary things with commitment.

landscaping costs settlement for sanxiang four season blossom was a challenging task, as the site was divided into plot a, b, c,d, a commercial zone, a landscaped area in the center, and temporary green spaces. the variety of seedlings planted, the long project duration and the number of unsettled issues meant numerous disputes and barriers to progress. 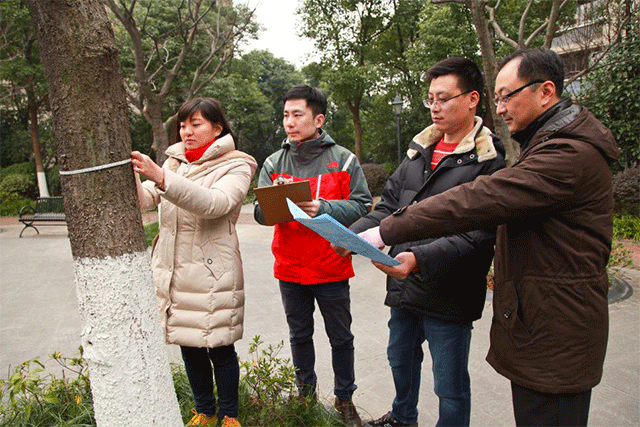 however, mr. xu wei and his team were undaunted. they counted and checked all seedlings on site, measuring the diameter at breast height, ground diameter, canopy diameter and height of each tree. they also marked each tree on the drawings, and compiled and analysed data. the site work, started in the early spring freeze, uninterrupted by the scorching summer heat, was carried through into the wintery gale. during these 9 months, 3891 trees (46 species), 15624 shrubs (64 species) and 43847 sq.m of ground covers (51 species) were measured to provide basis for price verification. 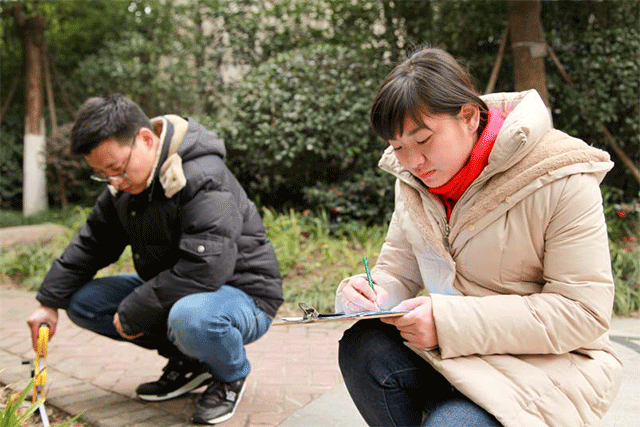 the task was difficult not just because of the weather conditions. the complexity and repetition involved required great courage. mr. xu wei and his team faced up to the challenge and reduced unnecessary expenses. landscaping costs settlement for sanxiang four season blossom, having remained unresolved for many years, was finally completed in november, 2016. 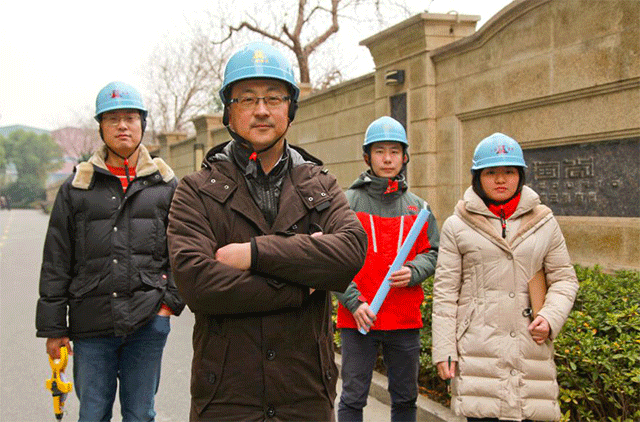 a pioneer and standard-setter

experience and existing standards provide structure to work, as is known to all. however, there must have been pioneers who explored new fields and accumulated experience for others to draw on.

mr. xu wei is one of the pioneers. when settlement of payment began for sanxiang four season blossom in 2008, problems constantly arose due to the lack of a complete cost auditing system. fierce arguments were rife when there were problems and conflict of interests, mr. xu wei recalled with a smile. immersed in his work for years with countless site visits, xu established a price auditing strategy to serve as a practice guidance. 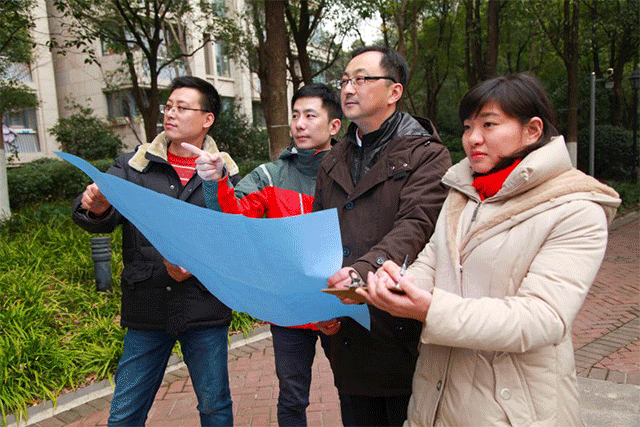 xu's well-grounded strategy requires the developer, constructor and auditor to take site measurements and calculate prices based on reference data from relevant pricing authorities, hence ensuring fairness and flexibility. auditing for plot d was conducted in line with the strategy to serve as an example for other plots. 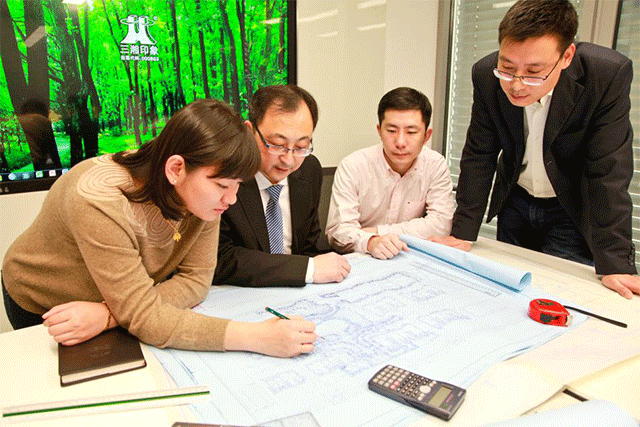 mr. xu wei’s effort paid off. because of thoughtful preparation and the vigorous auditing principle, xu was able to provide convincing data for the final settlement. his experience and expertise were highly respected by all parties involved.

to guard the company’s interest with professional ethics

reluctance to engage with things that do not have direct implications for oneself is common in the modern society. many shy away from responsibilities to avoid the possibility of being held accountable. but xu wei is not one of them. he always stays true to himself and committed to his work. guarding the company’s interest is almost an instinct for him. 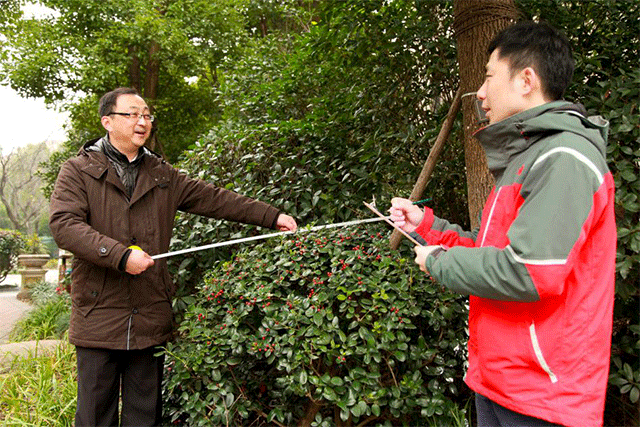 mr. xu wei identified several issues during payment settlement for plot a in 2008. with professionalism, xu led his team to the site for an exhaustive check and measurement. large quantities of osmanthus fragrans var. aurantiacus were planted in baoshan curio mansion, a premium residential development by the company. mr. xu, alert as ever, doubted the accuracy of data provided by one of his subordinates. he measured the plants again, saving 200,000 yuan for the company on this single item. 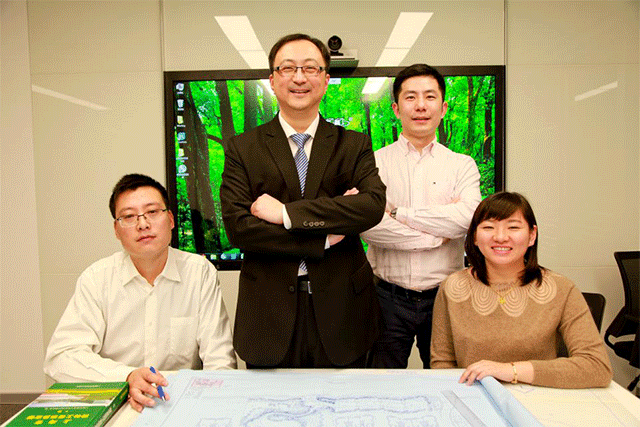 such examples abound in xu wei’s professional life. his dedication and mindfulness have been a source of inspiration for his team who follow his example and keep bettering themselves.

xu wei regards hard work an ordinary part of his life, a natural consequence of his enthusiasm for the job. his dedication is appreciated by sanxiang impression, a company which has remained focused and reliable since day one.

that success does not come easy is what sanxiang impression believes in. the company encourages its employees to bring passion and commitment to their work, achieving professional success along the way.