sanxiang impression to launch new projects as tributes to revolution

a cooperation agreement between impression wonders arts development co., ltd and the bozhou district government was signed on december 15 in zunyi, guizhou province. over 200 guests,including government officials and media representatives attended the signing ceremony.this was impression wonders’s second major agreement in a month,  following a cooperation agreement for most memorable is shaoshanchong signed on december 11. 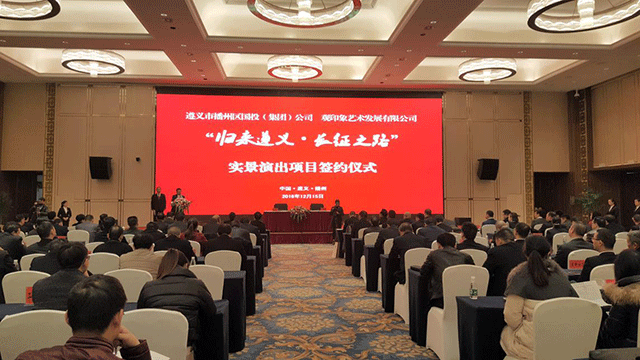 the cooperation aimed to develop an art project, home coming, zunyi by the dongfeng lake in bozhou district. 3200 mu of land and two billion yuan were earmarked. the concept was to develop a tourist destination with a theme park, the natural scenery and a show and integrate art, tourism, and hi-tech industries. the planned area would be the first of its kind, dedicated to the theme of the long march and developed to the 5a scenic attraction standard. central to the project was the home coming, zunyi show. a team of leading playwrights, directors and designers headed by mr. zhang yimou was tasked with the show. rooted in history and with high artistic value, home coming, zunyi was set to become a tourist magnet and a window to the long march. 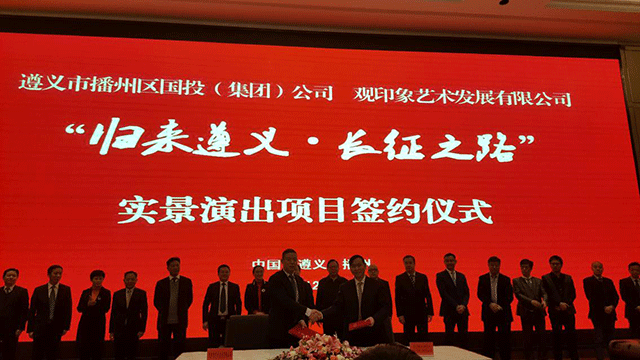 mr. xiao guangqiang from the district government said that home coming, zunyi represented zunyi’s effort to pass on the revolutionary tradition, promote sustainable development and pursue opening up. in line with the development strategy at the district, municipal and provincial level, the project had attracted wide interest and would enjoy greater support.

impression wonders chairman chen jingsong remarked that the creative team of the company, led by mr. zhang yimou, had launched many projects popular with the audience and representative of local tradition and culture, including performances in natural settings under the impression brand, (impression liusanjie,impression lijiang, etc), interactive shows under the encore brand (encore pingyao and encore dunhuang) and most memorable is hangzhou, the opening gala of the g20 summit. home coming, zunyi was the first interactive performance in a natural setting under the home coming brand, and also the first regular performance dedicated to the long march theme. differentiated by its form from other revolution-themed performances, home coming, zunyi was expected to be an influential tourist attraction worldwide.

it had taken eight months to conduct initial survey,planning, and analysis before the signing of the agreement. according to plan, the show would be premiered  on october 22, 2018 to mark the 82th anniversary of the long march’s success.