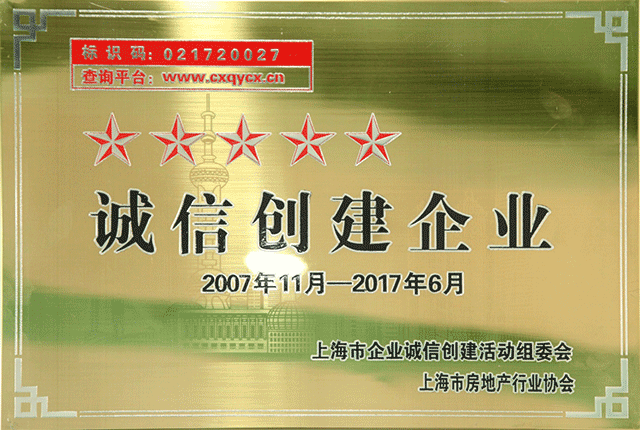 shanghai sanxiang group co., ltd was once again recoganised as a five-star performer in  business integrity jointly by the organizing committee of the business integrity promotion campaign and shanghai real estate trade association. this was the fifth time in a row that the company had gained the honour.

the business integrity promotion campaignbegan in 2007 under the supervision of over 20 authorities, including the publicity department of cpc shanghai, the municipal commission of economy and information technology, and the municipal commission of commerce. the purpose was to promote integrity for better social and economic development. well over 20,000 businesses took part. after filing, participating companies were assessed by the organising committee in consultation with shanghai real estate trade association and third parties. the results were announced online for public scrutiny. there were also measures to deal with violations and regulate exits. ongoing checks and annual assessment were conducted as follow-ups for a dynamic, comprehensive and systematic mechanism.

one of the earliest participants in the campaign, sanxiang group adheres to the highest ethical standards and promotes integrity in its day-to-day business. its rating had been on the increase since participating in the campaign, and it was recognised as a five-star performer for the first time in 2013.