he incorporation of chongming, previously a county, into the urban area of shanghai is a boon for shanghai, the yangtze river delta and the yangtze river economic belt. the change will facilitate the implementation of the national development strategy and coordinated development of rural and urban areas. shanghai is expected to enjoy improved overall growth and sustainability as a result of the efforts to develop chongming into an eco island.

a work conference of the communist party of china (cpc) shanghai municipal committee and the shanghai municipal government was convened on the morning of july 22nd. party chief han zheng stressed that the change in chongming’s administrative status was an important measure aimed at improving shanghai’s layout and promoting balanced and sustainable development. the shift was a milestone in shanghai’s history as chongming had been the last remaining county under the municipal government. han zheng instructed that the shift should be implemented in an orderly manner with each level of the party playing a role to ensure social and economic development in keeping with the 13th five-year plan. he enthused about a new chapter in chongming and shanghai created through the solid foundation work. 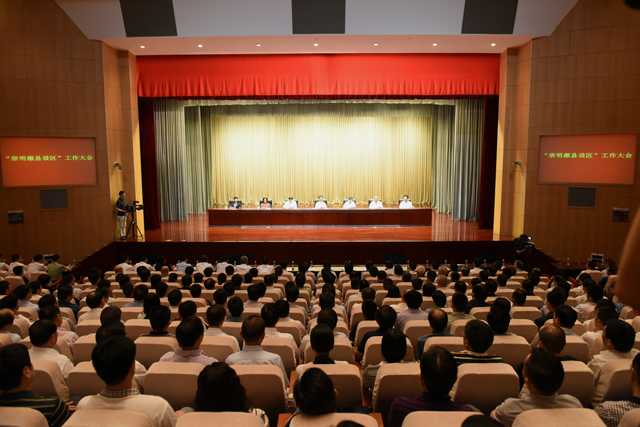 deputy party chief and mayor yang xiong chaired the conference. deputy party chief ying yong read out “announcement on forming a working group for leading chongming’s transition from a county to a district and the personnel thereof” and “announcement on issues regarding forming a leadership team for chongming district”. vice mayor shi guanghui read out “the state council’s ratification of shanghai’s proposal to adjust some administrative divisions”. other officials attending the conference were yin hong, zhong yanqun and fang huiping.

han zheng remarked that a timely adjustment of administrative divisions in response to the grander plan was a prerequisite for the city’s sustainable development in the long run. shanghai had made several adjustments to its administrative divisions since the reform and opening up. the last such adjustment in 2001 made chongming the only remaining county in shanghai. the latest adjustment was a major strategic decision by the cpc shanghai committee and the government to implement the national development strategy. the favorable location of chongming and shanghai’s role as the economic center would be leveraged to drive growth in the yangtze river delta and the yangtze river economic belt. that would be conducive to coordinated development of rural and urban areas and the overal development of shanghai.further efforts would be made in terms of more equal access to public services in rural and urban areas and integrated development of chongming and the city center so that residents in chongming could benefit more from shanghai’s reform and growth. the shift would facilitate the efforts to build chongming into an eco-friendly island which would contribute to the sustainability of the city. the 13th five-year plan of shanghai stipulated that chongming should be developed into a world-class eco-friendly island. chongming was expected to make its largest contribution to shanghai and to the nation by fulfilling that vision. the change in chongming’s administrative status would help optimise the functional layout, expand the environmental capacity, preserve the water resources and nurture the ecological environment for the city. chongming should adopt the most strict environment protection regime to enhance the competitiveness of the city. 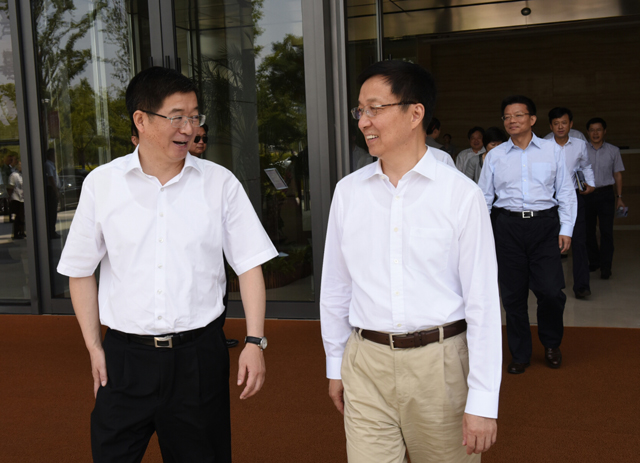 han zheng pointed out that the complex work for the shift would involve many policy and legal matters and would require a clear procedure and discipline. mr. han stressed the importance of coordination,compliance and seamless cooperation. he said that laws and regulations must be adhered to throughout the shift and that each task must be performed within the framework of laws and policies. parties to the shift must communicate effeciently and coordinate their efforts.

han zheng highlighted the need for strong leadership during the shift. mr. han instructed the working group formed to lead the shift to play their due part. the standing committee of the cpc chongming district, which was responsible for the shift under the supervision of the cpc shanghai committee and the working group would be staffed by former members of the standing committee of the  the cpc chongming county. the newly-formed cpc chongming district committee was expected to take care of every detail so that the shift would be implemented in an orderly manner. work on guiding ethics and public opinions must be adequate and officials must be well-informed of regulations on personnel, finance, work and integrity to prevent abuses. supervision and monitoring must be guaranteed for early identification of problems and rectifications. abuses or noncompliance would be investigated into and punished to introduce strict discipline, which would provide a neccessary condition for the shift and the upcoming election. 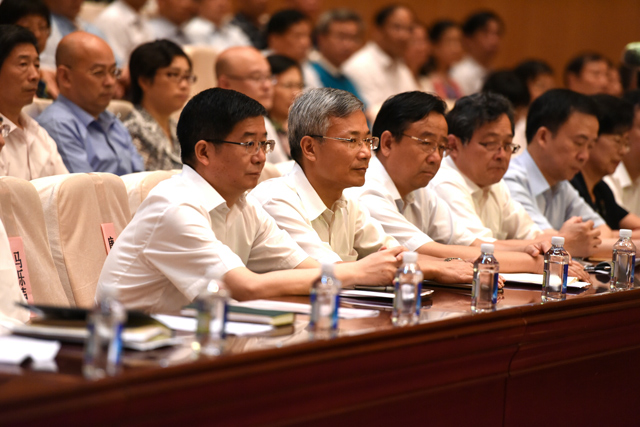