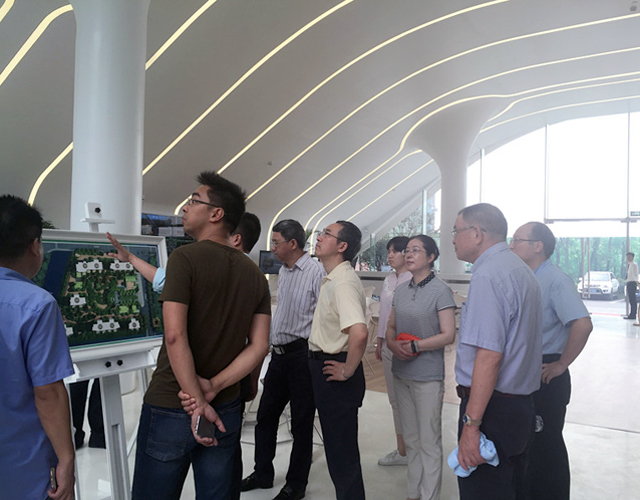 a team of government officials, led by the communist party chief and mayor of zhangjiang, inspected the model area of zhangjiang sanxiang curio in the scorching heat. mr. wang kuixing, gm of xiangjun property, hosted the officials and reported on the progress of the project and sanxiang’s endeavor in green development.

mr. wang kuixing demonstrated the user-friendly and technology-enabled details in the model apartments which impressed the officials with the green, high-tech design principle. the officials also spoke highly of the sanxiang’s efforts and achievements in enhancing building comfort, user experience and energy efficiency.

mr. wang kuixing remarked that the wide-interest zhangjiang sanxiang curio had drawn because of the precise positioning and premium quality represented a good beginning for the company’s effort in pudong. xiangjun, tasked with the project, would continue its quality-driven approach and the the spirit of the craftsman to generate higher added-value and inject vibrancy into zhangjiang.