board meeting convenes in wulong 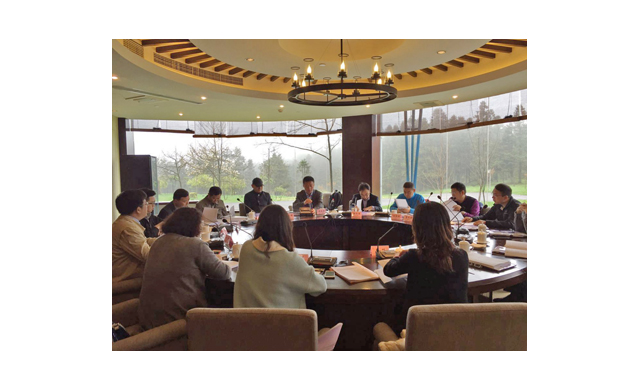 the 23rd meeting of the sixth board of sanxiang co., ltd was convened on april 26. all board members attended in person or via phone. the supervisory board and senior management were also invited to participate. sanxiang gm and board member xu wenzhi chaired the meeting on behalf of sanxiang chairman huang hui.

the 2015 work report of the board, the annual report and proposals concerning the day-to-day business matters were passed on the meeting. independent directors ding zuyu, guo yongqing and shi lei and the supervisory board reported to the board of directors. major achievements in 2015 were reviewed and a strategic vision for the future was laid out at the meeting. the executives and independent directors exchanged views on the economic situation at home and abroad, major trends of the real estate sector and the company’s dual focus of real estate and culture for more informed decision-making.

the attendees, accompanied by managers of the performance team,  had watched impression wulong in the drizzle the night before. the only large-scale outdoor show in chongqing, impression wulong celebrated chuanjiang haozi, an important part of the nation’s intangible cultural heritage. it won rounds of applause from the audience.the sanxiang attendees, ready to step into the culture market, were greatly inspired and gave the performers a standing ovation at the end of the stunning performance.

impression wulong was co-created by the local government and impressionshow corporation led by top directors zhang yimou, wang chaoge and fan yue. the performance, staged in nature, features the karst landscape, a world natural heritage property and the local culture. inspired by the local way of life, tradition and folklore, impression wulong is undoubtedly a feast to the eyes and ears.