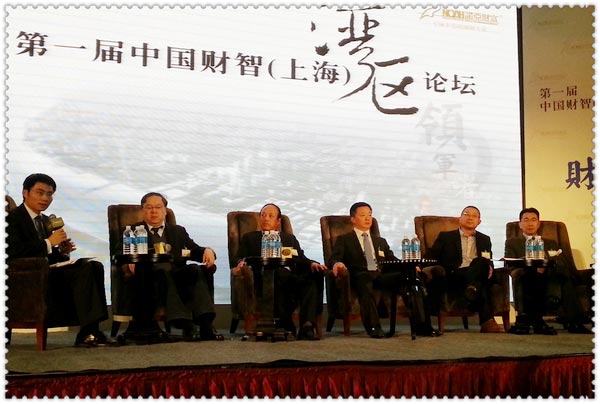 the 1st china fortune & intelligence (shanghai) bay area forum organized by noah (china) holdings group, yangpu district people’s government of shanghai and fudan university was held on april 20, 2014. the forum invited representatives of san francisco bay area commission, tishman speyer, an international well-known real estate fund, blackstone capital, an international well-known financial institution, silicon valley bank, the best entrepreneurship support bank of the world, and commercial leaders and pe industrial leader of china to participate in the summit in the theme of “dream of noah, dream of china, dream of bay area”. xu wenzhi, general manager of sanxiang co., ltd. was invited to attend the forum and made the speech of “reform, innovation and transformation” in the topic of “driving force for future economic growth of china”, which was quite appreciated due to its typical content.

the focus of the forum is “bay area economy”. this concept comes from the bay area of san francisco. as the first batch of pilot downtown of innovation of china, yangpu district has drawn experience from the bay area of san francisco to release the planning of “bay area development”. yangpu may develop to the 9th largest bay area in the world in the future. economic entities will encounter more development opportunities and broader development space. in the communication, attendants described opportunities and driving forces of the future economic development from perspectives of finance, investment and real estate. almost all topics involved some key words, including ecology, green, environmental protection. it can be seen that the concept of “ecological and environmental” will be further strengthened in the economic development of yangpu.

general manager xu wenzhi took example of the experience of sanxiang in developing the energy-saving, emission-reducing, green and technical residence for more than ten years to illustrate the close relation between environmental construction and real estate. he introduced that sanxiang applied the time-sharing ammeter in sanxiang century garden 15 years ago, the first one at that time in yangpu district, developed and applied the integration of solar energy and building in 2006 for the first time in china, developed and applied a series of new technologies against the “haze” such as the indoor air purification technology, and he stressed the significance and value of the development of the green and technical residence. according to him, energy-saving and environmental industry will become one of the driving forces of the economy in the future and scientific and technical innovation will become the core driving force of the economic development. as a listed company featured in the green real estate, sanxiang stock had realized the development direction of the industrial economy very early and had always following the concept of innovative technology to insist on the energy-saving, emission-reducing, low-carbon and environmental development to catch up with the times, research and import the building technology more fitting the civil life, create greener and more environmental residence, realize economic and social values, develop into the featured innovative real estate enterprise and lead the green and technical real estate to make contributions to promote the residence industrialization and stimulate the development of the green building of shanghai. finally, he expressed that as the listed real estate enterprise in yangpu district, sanxiang stock would encounter more opportunities in the future development of the bay area and he was quite confident in the future of the green technology.