encore dunhuang, an indoor interactive spectacle, was premiered at the first silk road (dunhuang) international cultural expo. the show is an epic of the silk road and an embodiment of the openness, inclusiveness, cooperation, and win-win mentality inherent in the one-road-one-belt initiative. directed by ms. wang chaoge, encore dunhuang is impression wonder’s first indoor interactive show staged in china’s northwestern region and a new tourist attraction in the region in addition to the mogao caves, crescent lake and mingsha mount.

designer of the venue, mr. zhu xiaodi from the beijing institute of architectural design took inspiration from water, a symbol of life, hope and aspirations in the  dessert. the aqua blue theater resembles a glistening water drop amidst the sands. viewed at a distance, the sunken structure gives the theater a dreamy look, like a clear fountain merged with the horizon.

the four zones of the venue are divided by topic rather than by time period; yet each topic is inter-connected to form a complete historical panorama. a zone reproduces historical figures who would guide us on a time travel to 100 years ago. b zone depicts the remorse and piety of a taoist monk who discovered the flying apsaras by chance and sold it by ignorance. c zone consists of 16 “grottoes” and 100-odd scenes, allowing for an omniscient view of life in the past. d zone recreates historical scenes on this land, including general suo jing’s suppression of rebellion, the victory of general zhang yichao, and the legends of bhaisajyaguru. also contributing to the effect of the show is a sophisticated stage design and technical control. inside the maize-like theater, there are colossal mechanical devices, 3d installations, and movable screens for pioneering special effects and spectacular experiences.

encore dunhuang, created over two years, takes the audience to a time travel with a new performance style. strolling around within the theater, decades or even centuries will flash before the eyes; and possibly, the audience will get a better idea of where their hearts belong. before they know it, the audience are diverted to 16 grottoes to have a conversation with ancient people. encore dunhuang is a jewel in the crown of the encore series. the artistic style and sophisticated space design are to be experienced as much as viewed.

the aqua blue theater by the mogao digital exhibition center resembles a glistening water drop. because of the sunken structure, the theater, when viewed at a distance, is like clear water merged with the horizon. the ingenious design by mr. zhu xiaodi from the beijing institute of architectural design aims to invoke mirages, life and hope. a walk inside the 19901 m2 space rich with two-dimensional presentations, performances, interactions and an immersive atmosphere is like living through history.

ms. wang chaoge, chief director of the spectacle explains that encore dunhuang’s uniqueness lies in its attention to audience participation and experience. “authentic interpersonal interaction”, as in the words of ms. wang, is at the heart of the show. even though the silk road no longer serves as a crucial trade route, its symbolic value as a hallmark of cultural, religious, and artistic exchanges still shines through. encore dunhuang is epic not because it recounts historical facts, but because it tries to reflect on the values shaped by the route.

dunhuang was a major stop on the silk road, a once booming trade route that linked china with the middle east and europe. dunhuang in the modern time is a county-level municipality under the prefecture-level city of jiuquan. at the westernmost point of the hexi corridor, and in the intersection of gansu, qinghai and xinjiang, the ancient city, whose economy still largely depends on agriculture, is experiencing a thriving tourism scene because of a glorious past and the rich cultural heritage.

dunhuang is noted for caves and murals. home to world heritage sites mogao caves, yumen pass (a pass of the great wall dated from the han dynasty) and yangguan pass, dunhuang is among national famous historical and cultural cities in china and has been granted various titles and honours including a world-famous chinese city brand, an excellent tourist city, a top 10 road trip destination, one of the popular tourist destinations, one of the 50 must-sees in china for foreign tourists, a charming medium-sized or small city of 2008 and one of the 200 most charming chinese cities with character.

the mogao caves, also known as the thousand buddha grottoes, are one of the four most famous cave complexes in china. 25 kilometres off the dunhuang county seat, they are named after the mogao town they are in. the caves are built on three or four levels, forming a belt of 1600 metres. 492 caves remain to this day, with 45000 m2 of murals and 2415 painted clay sculptures, consisting the largest and most richly endowed treasure house of buddhist art in the world. the mogao caves were listed as one of the state priority protected sites by the state council in 1961, inscribed on the world heritage list in 1987 and granted the world heritage certificate in 1991. 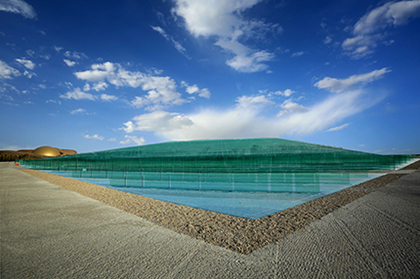 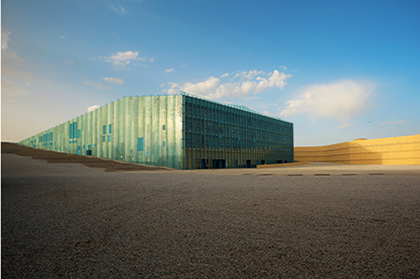 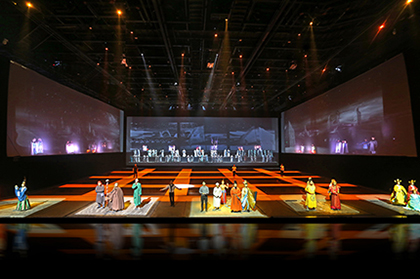 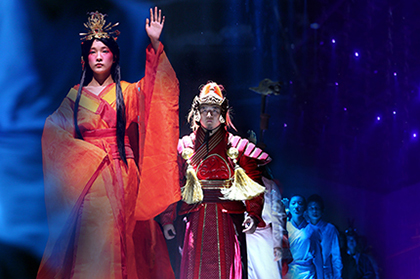 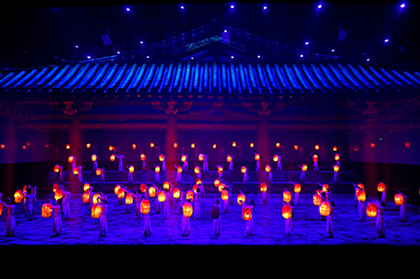 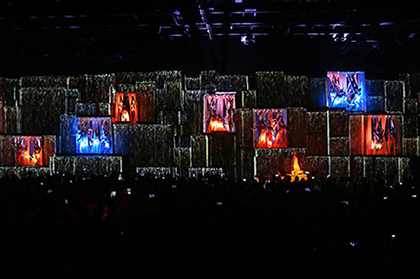 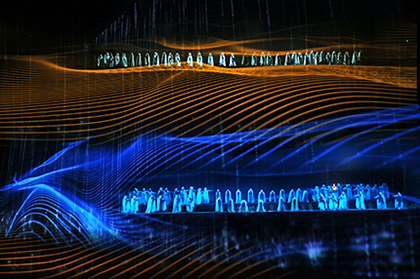 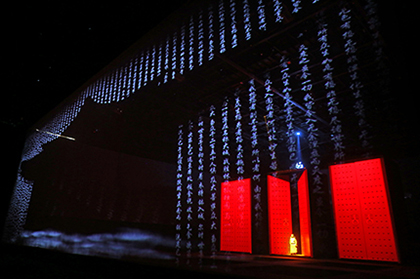 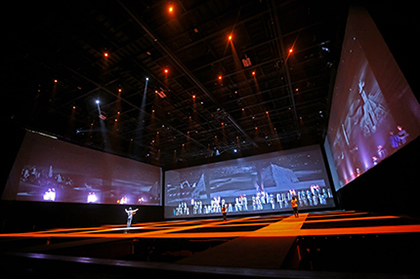 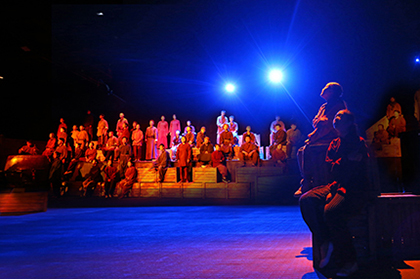 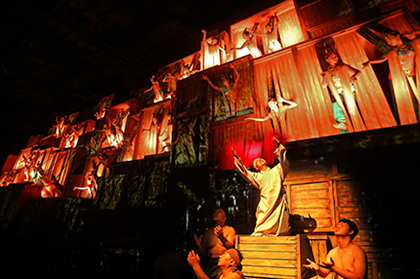 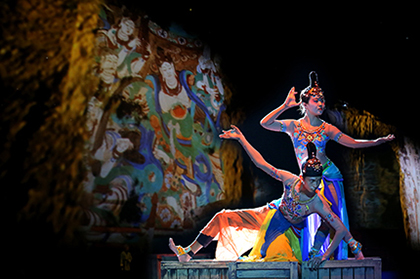 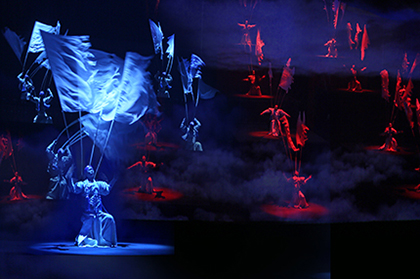 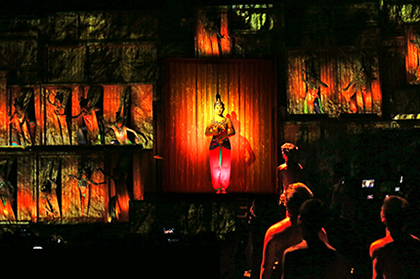 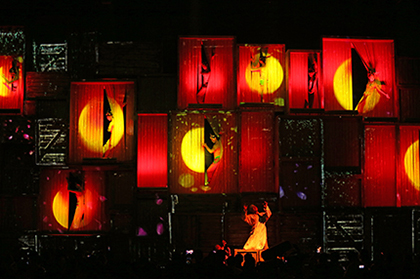 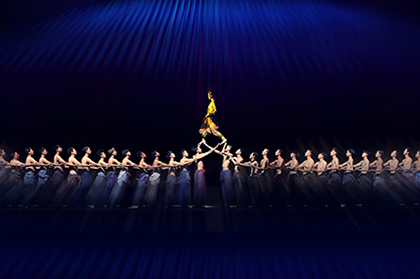 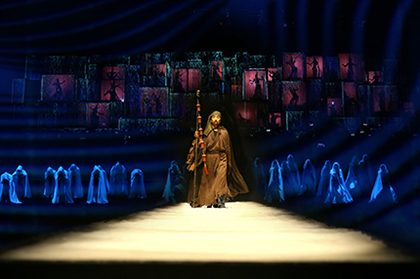 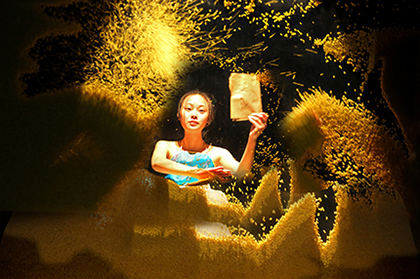