the situational play encore pingyao was premiered on february 18, 2013. the theatre, designed by chief planner fan yue and chief director wang chaoge specially for the show, and primarily made of loess and tiles, is a structure that combines traditional and modern elements, echoing the ancient city of pingyao at a distance.

severed in space in a complicated and peculiar way, the theatre is entirely different from traditional ones: no lobby, no main entrance, and no traditional stage. entering the theatre from different entrances, the audience may walk through several different theme spaces during the 90-minute show. what’s more, the performers go to the audience so that they get the chance to become part of the show.

the show uses a great deal of artistic languages – drama, dance, image, music, etc. – to create an unusual space in which the audience would feel as if they had traveled back to a century ago. people rarely watch a show this way; it is more like a museum, or a time travel experience. the viewer would at some times feel like an onlooker, and at others just the witness. from the scenes which are not associated with each other, the viewer would pick up the fragments of our forefathers’ life– the city of pingyao in the late qing dynasty, a professional firm furnishing armed escort, the zhao family’s compound, streets, the south gate square….and from these fragments the viewer would gradually discover the thread hidden in the real scenes: zhao yishuo, the owner of an exchange shop in pingyao, mortgaged all his family property to pay for the release of a child, in russia, of the manager surnamed wang of his shop’s branch, and seven years later was killed along with all the 232 armed escorts of tong xing gong escort on the way back, except the child. the show is suggestive of the benevolence of pingyao, the righteousness of shanxi people, and the traditional virtues of the chinese nation. 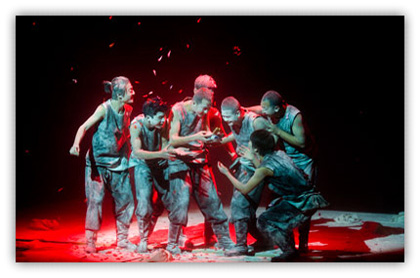 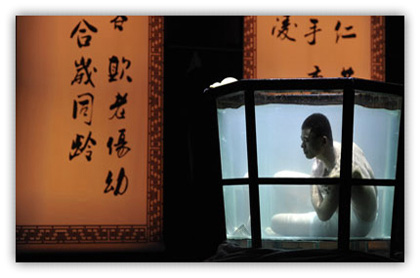 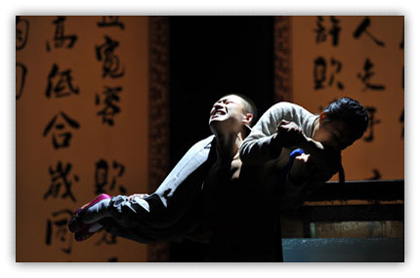 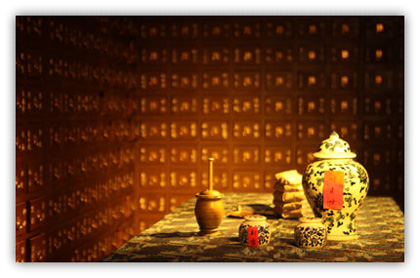 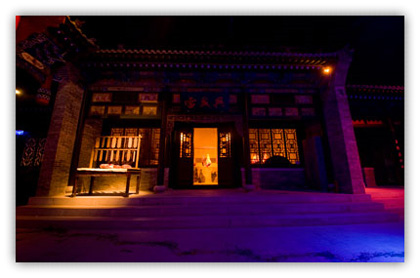 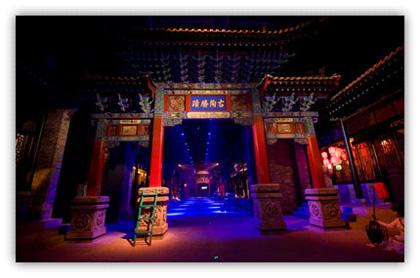 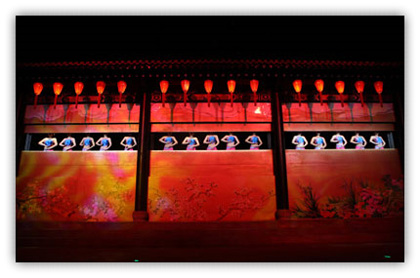 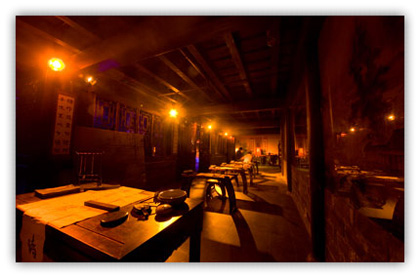 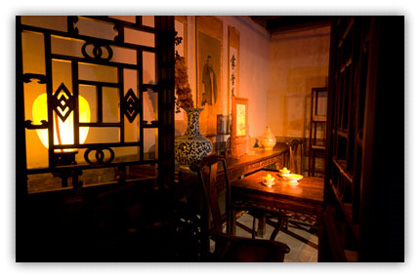 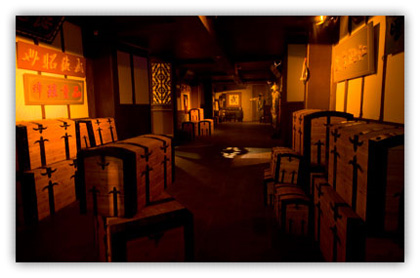 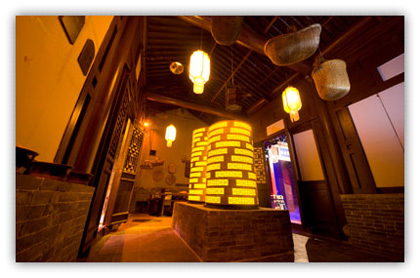 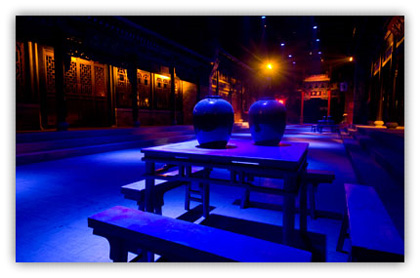 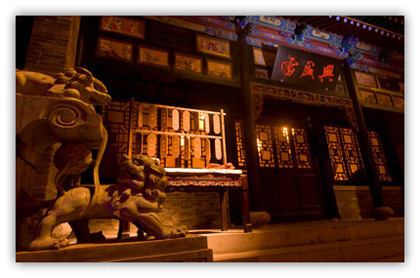 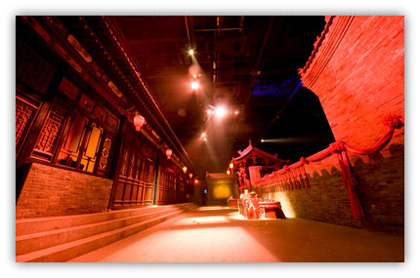 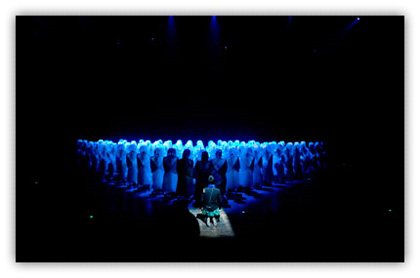 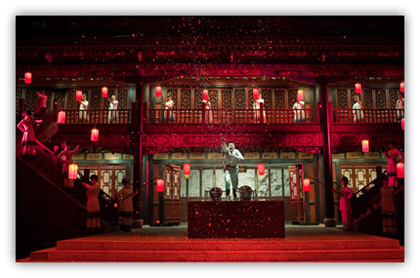 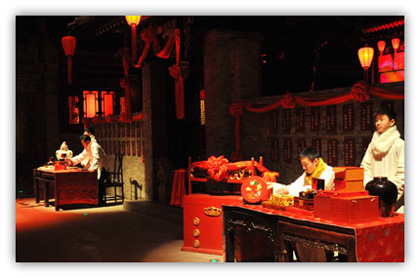 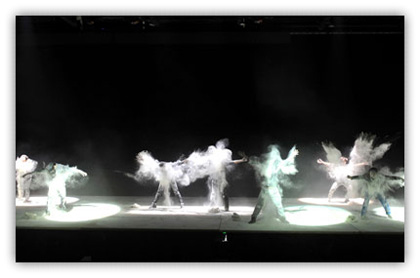